Some of these titles can be still be purchased directly from the press. To check on availability email the press at gobpilepress@gmail.com. 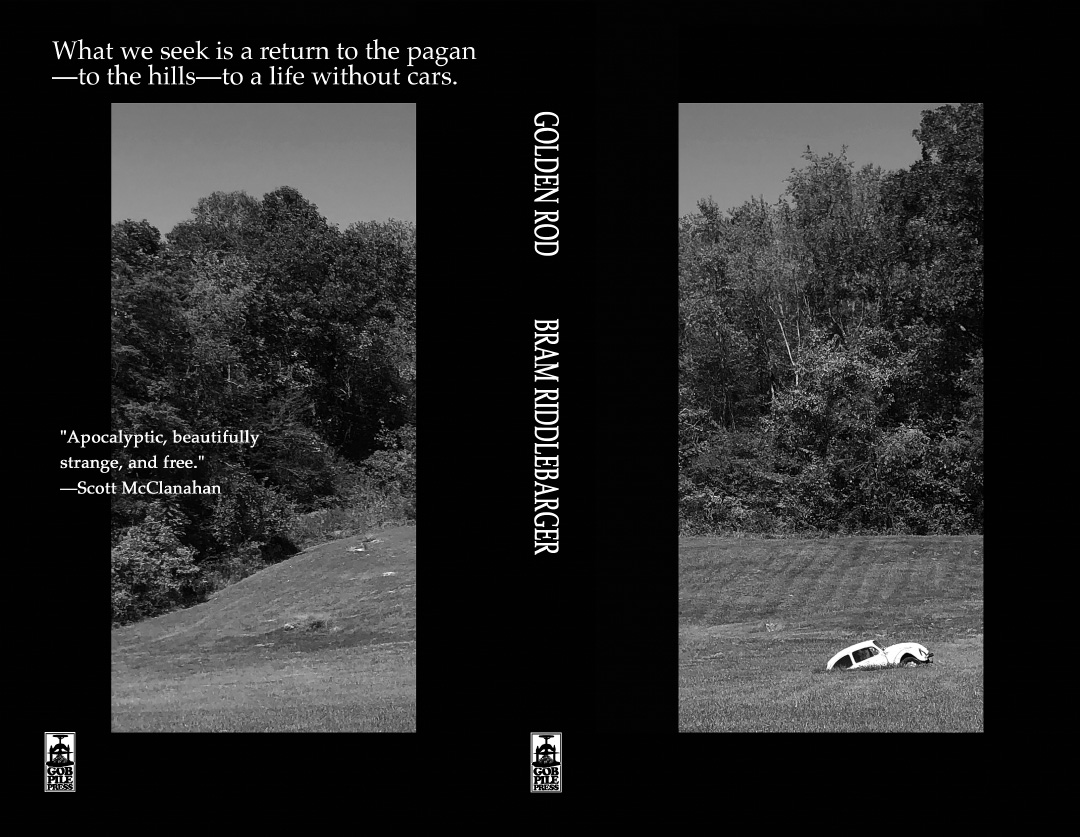 "Bram Riddlebarger's Golden Rod is one of the wildest books around. I don't think I've read anything like it. It's funny and tough and tender and has a wonderful logic all its own . . . apocalyptic, beautifully strange, and free."
—Scott McClanahan

The first book from the press. A double volume of Devin Sams' first two out of print poetry books. Sams' poems are inspired by the dive bars of Salt Lake City.

LINK TO CLIMB OUT/SONGS on Amazon 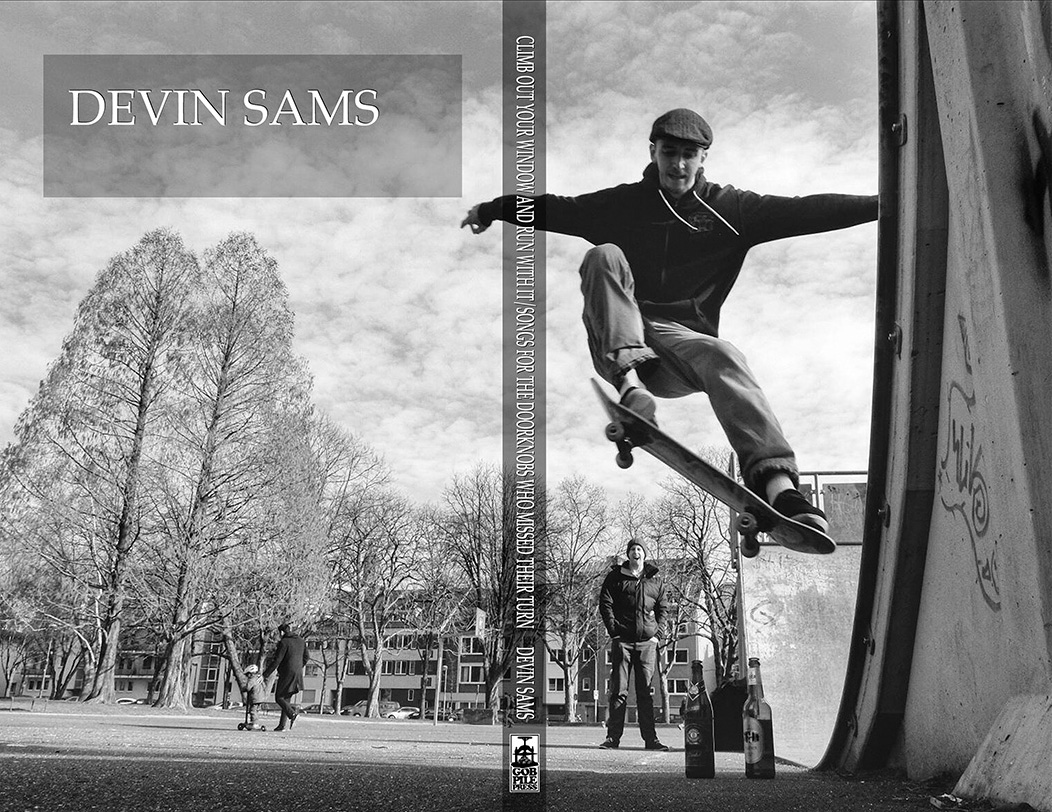 The second book from the press: a double feature of two books of poems by Seb Doubinsky (IN LOSERS' HEAVEN) and Justin Grimbol (DOCTOR GOOGLE). A book for the literary underdogs.

LINK TO IN LOSERS' HEAVEN/DR. GOOGLE on Amazon The third collection of poetry, a double book, from the press.

LINK TO A SETTLED SHIP on Amazon 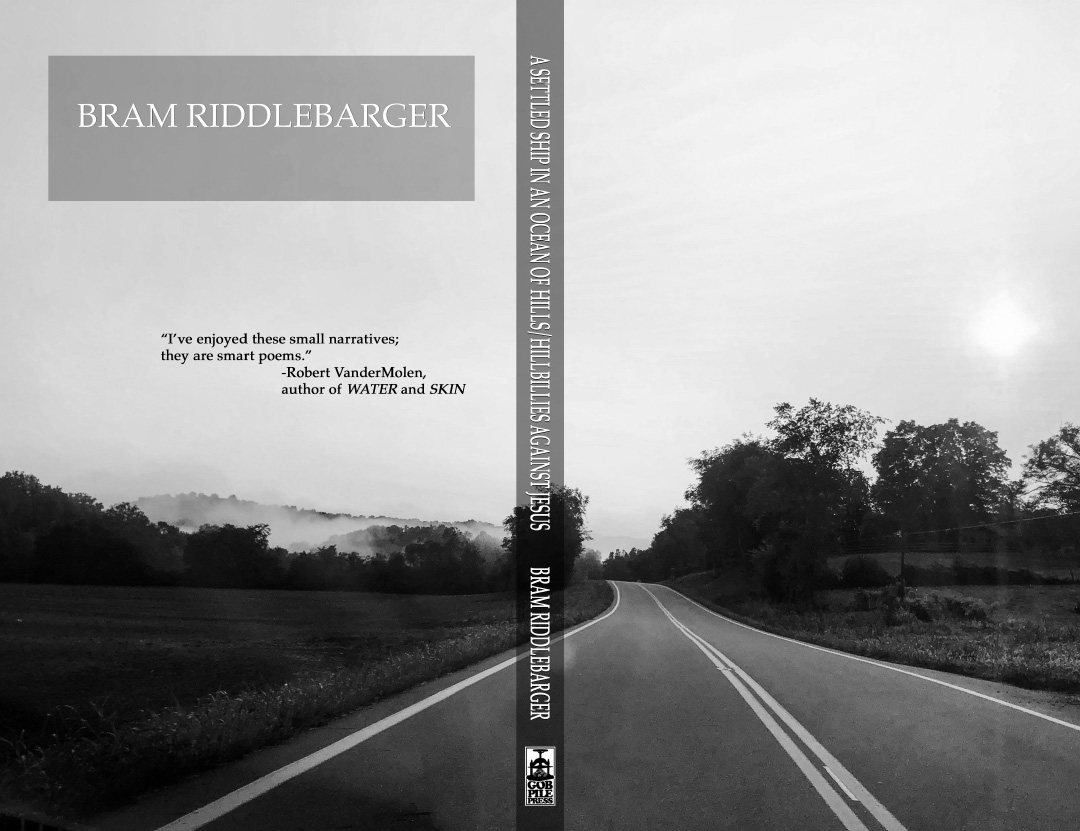 The Dismal Cookbook by Bram Riddlebarger

The Dismal Cookbook is the proto-book from the press. Serving Dismal Food Since: Forever

"A horror novel for an audience of chefs."
—Graham Irvin, author of LIVER MUSH

"The Dismal Cookbook, while amusing, does have a nasty little reptile of grimness skittering around its borders, kept at bay by the writing’s peculiar wit."
—Jim Phillips, editor of the Logan Daily News

LINK TO THE DISMAL COOKBOOK on Amazon 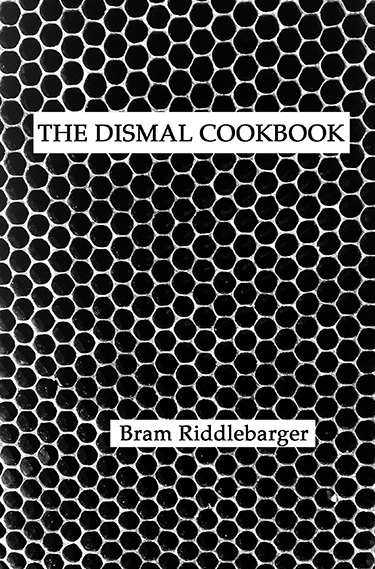 The first of the chapbook series from the press.

“Bram Riddlebarger's poetry feels like a weekend road trip. Landscapes and towns flow by. The images found along the way are quiet and beautiful. Like a long drive Sword Fighting with Two-Year-Olds is full of insight about how to grow and age and be a part of this world.”
—Graham Irvin, Liver Mush

LINK TO SWORD FIGHTING on Amazon 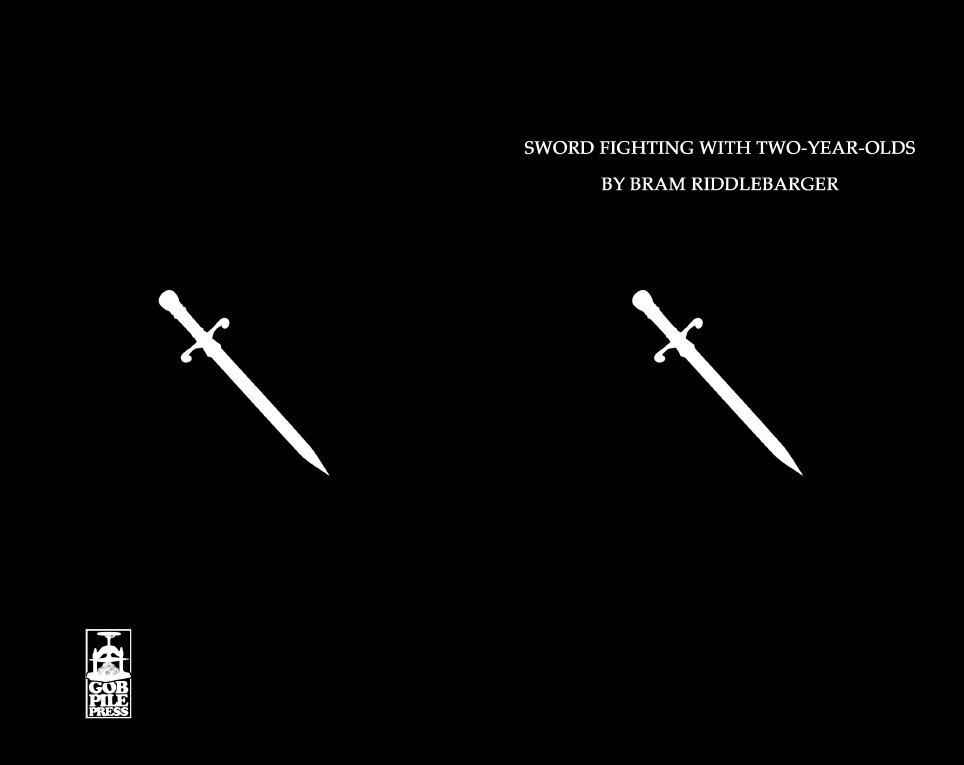 AN ACCUMULATION OF VAPORS by Claudia Lundahl

AN ACCUMULATION OF VAPORS by Claudia Lundahl

Lundahl's debut collection inspires an exploration of language, identity, and ancestry. A journey of self-discovery which invokes a rich sense of time and place. The stories in these vignettes toe the line between truth and fable, provoking the reader to question what is real and what is imaginary.

LINK TO AN ACCUMULATION OF VAPORS on Amazon 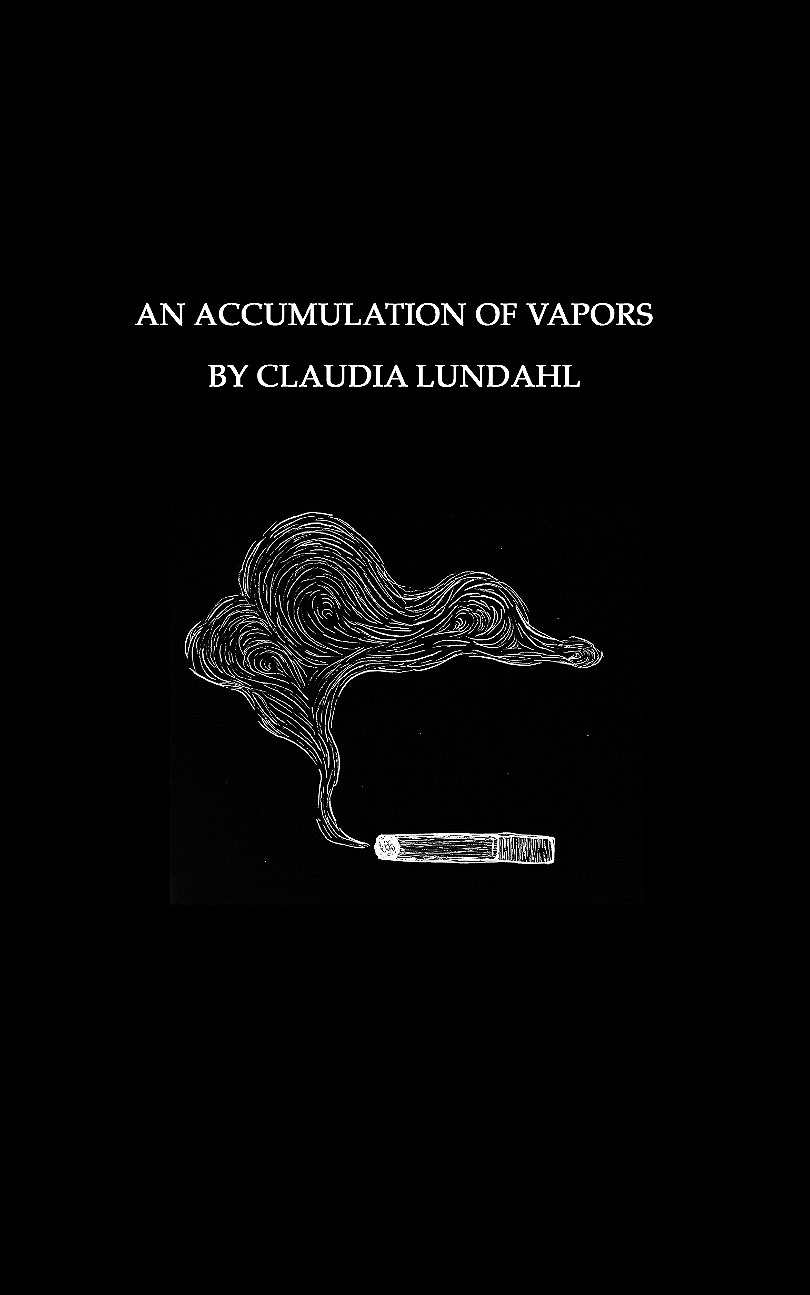 TIME AS A SORT OF ENEMY by Tyler Dempsey

TIME AS A SORT OF ENEMY by Tyler Dempsey

"Referencing Green Day like Dempsey himself, this book is a walking contradiction in the best way: spare but full, clever but approachable, playful but emotionally resonant. Time as a Sort of Enemy will linger in your consciousness longer than any concept of time you might have."
—Claire Hopple, It’s Hard to Say

"Dempsey writes like characters are forcing their way out of him, exiting out of every orifice, hanging off his eyelids and dangling from his nose hairs. He gets inside their heads while they climb out of his. And yet we only get glimpses, half thoughts, and brief moments in time rather than the full all-encompassing picture. Because if we were to get it all, every intricate detail floating behind the pages and stories of Time as a Sort of Enemy, we might collapse under all that weight."
—KKUURRTT, Good at Drugs

LINK TO TIME AS A SORT OF ENEMY on Amazon 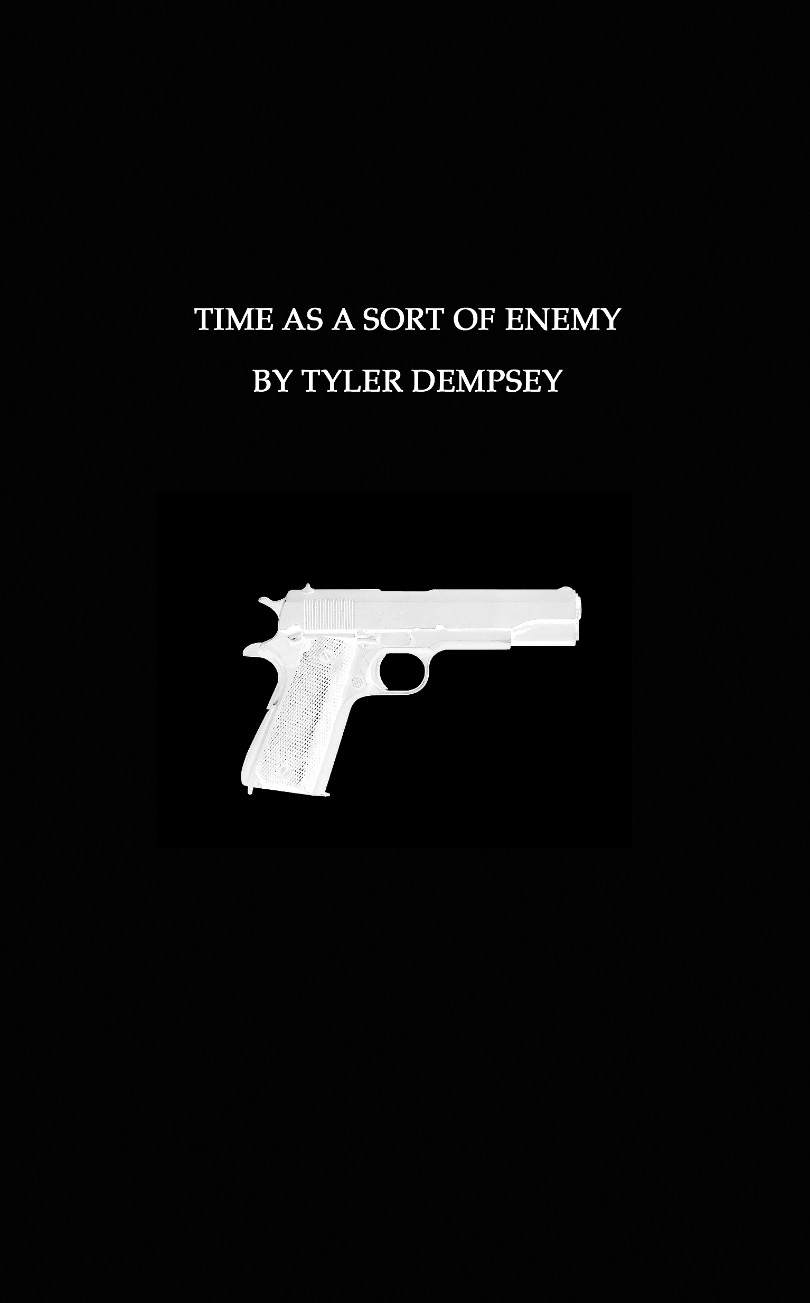 NO ONE AT THE CIRCUS: The Story of Ghostwriter through Place and Song by Steve Schecter

No One at the Circus is the first book by Steve Schecter, who has performed as a one-man band under the name Ghostwriter since 2002. Part memoir/part lyric book, No One at the Circus shows the passionate life of a driven, independent artist struggling against apathy, modernization, and the will to survive.

Interspersed with images from the road and his records, No One at the Circus is a another chapter in the legacy of Ghostwriter.

Tour dates and more information on Ghostwriter can be found at www.endofthewest.com

LINK TO NO ONE AT THE CIRCUS on Amazon Collected poems from some of Bram Riddlebarger's chapbooks. 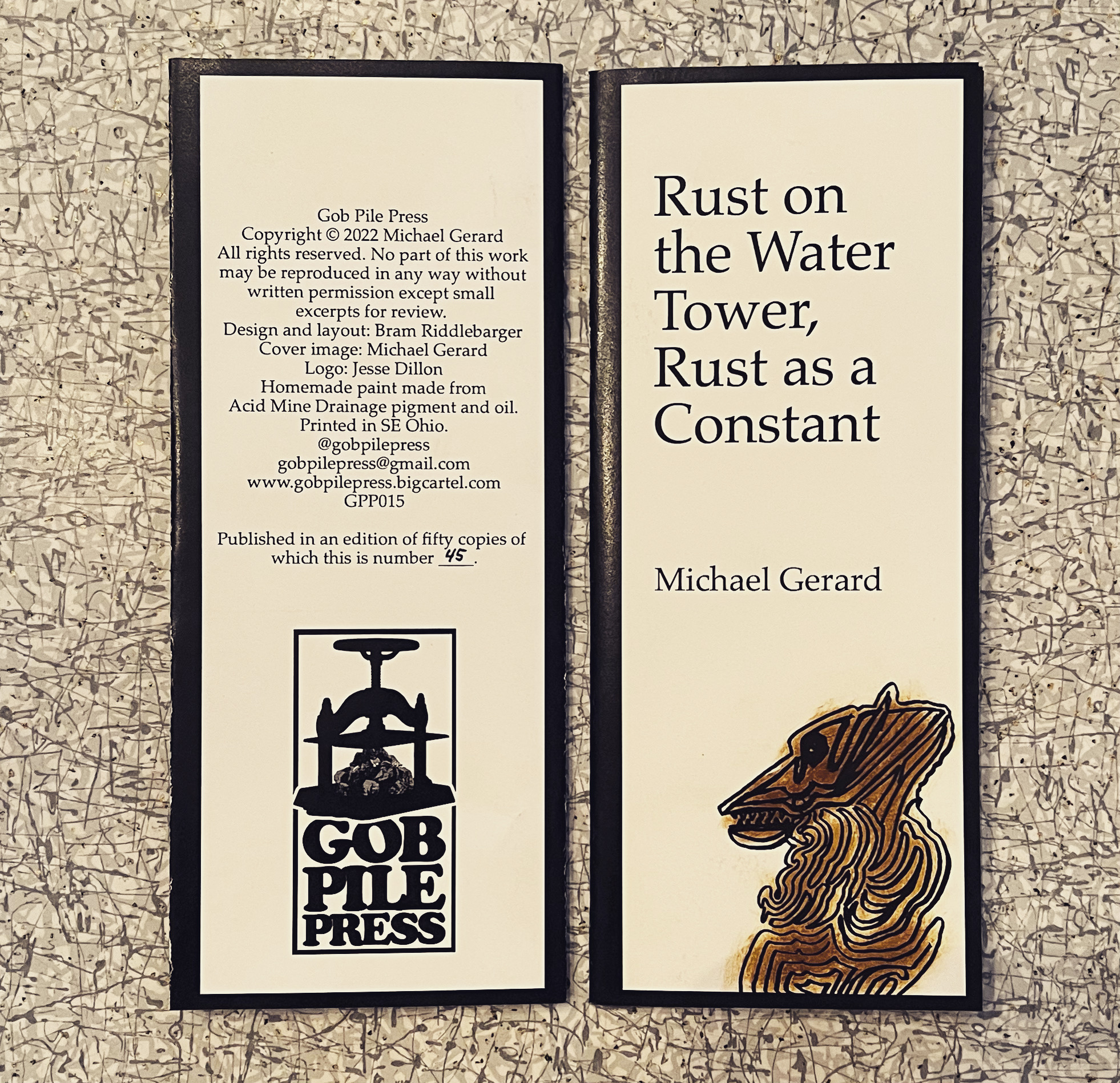 *LIMITED EDITION* RUST ON THE WATER TOWER, RUST AS A CONSTANT by Michael Gerard

$4 with shipping
To purchase email the press: gobpilepress@gmail.com